Noni  woke up the next morning in her bed, hearing music in the lounge room, she rolled over and checked the time, it was late.

She jumped out of bed, and began to get ready for work.   As she went to the kitchen,  Noni passed her mum asleep on the lounge, a couple of empty bottles of wine on the coffee table.  The TV was blaring on one of the music channels.  She made herself a quick sandwich and ran out of the door.

On the bus into work, she tried to recall the events of the night before, she remembered Billy leaving but drew a blank after that, she checked her bag, all her belongings were there. Her heart began to race, she could feel small beads of sweat appearing on her forehead and under her nose. She began to feel insecure, and looked cautiously over her shoulder, it felt like someone was watching her, she turned in her seat and scanned the rest of the passengers, they were all commuting just as she was, reading the paper, looking out the window, listening to iPods or asleep, no one was watching her.  She tried to reason with herself, everything was fine, there was no-one watching her.  Why did she get these feelings?

“Just that Dan said that you wouldn’t get in the cab with him last night and then Jerry’s saying you had a turn when he saw you walking on your own!”

“How about we go out tonight, it’s Friday, I’m not on call with mum and I feel really bad I left you like that last night.  Come on, I would really like to make it up to you.”  Billy was practically begging her and Noni was beginning to feel embarrassed.

Billy had chosen a quiet cosy Italian restaurant off Greek Street, Noni tried to recall the events of the night before as she walked along the familiar route of Greek St.

“This is one of my favourite restaurants, it’s almost like home.  When I’m running late, I order a takeaway from work and pick it up on my way through.”

The waitress who welcomes them, certainly knew Billy.  “Come in, come in, we have a quiet table for you and your lady friend,”

They were seated in a quiet table for two at the back of the restaurant.  The restaurant was adorned with a wide selection of memorabilia from Italy and reminded Billy of holidays taken in the south of Sardinia

“Yeah, ok,” Billy looked away from Noni, “she’s got cancer.” It was almost inaudible, he looked back at Noni, his eyes welling up.

Billy reached over and touched her hand, “No it’s ok, I haven’t told anyone at work, it’s good to be able to speak to someone about it.  She’s just had her second course of chemo, the first one wasn’t successful. We’re hoping his one will be, but she has terrible side effects.  She hasn’t got anyone else to look after her when she is like this.  My mum and dad separated years ago, he has a new family.”

“Yeah, my mum and dad separated when I was four, mum’s had a few relationships since then,” Noni offered, Billy watched her and she seemed to shrink away as she spoke.  “It’s difficult to leave them, not knowing who will care for them.”

They talked for the rest of the night, between platters of gourmet Italian dishes.  They had a lot more in common than she originally thought, he wasn’t from a wealthy background, having to work his way through university as he wasn’t as lucky as her in getting a scholarship.  She watched him talk, animatedly at times, feeling comfortable and attracted to him.

At the end of the night, they were almost locked up with the family who owned the restaurant, but Billy said his goodbyes and they caught a cab.

“Where do you want to go?” Billy asked,

“Oh, how about yours?” Noni, sat closer to him.  She didn’t want to go back to her usual life just yet, he made her feel so special and relaxed.

“No worries mate, good night then?”

“Yeah,” Billy called back, putting his arm around Noni’s shoulders and pulling her closer to him.

Noni had never felt so safe or cared for.

Billy lowered Noni onto his bed, she had fallen asleep in the cab and when he woke her she looked so small and fragile, he helped her up the stairs into his flat but once they were inside he picked her up and carried her carefully to his bed.

He bent down to kiss her gently on her forehead and pulled a blanket over her.  “I’ll be on the lounge if you need me.” He said softly and then left, closing the bedroom door behind him.

When Noni awoke, she couldn’t remember, where she was, her breathing increased as she rolled over, expecting to see someone in bed with her but when she turned to find she was alone she relaxed.  She then began to recall the evening before and realised she was in Billy’s bed.  It smelt of him and the room was a good reflection of him, muted browns and blacks, the black out curtains drawn to allow strips of neon light around them.

She got out of bed and opened the door to the lounge, dining and kitchen area, which reflected a masculine taste, brown leather lounge, dark wood dining table and black kitchen cupboards, she walked to the lounge and saw Billy asleep on it, his head resting on a brown and black cushion.

She stoked his cheek,and gently called his name.  He shifted slightly and then his eyes opened.

“Good morning,” Noni smiled down at him.

Billy looked at his watch, “not quite it’s only 3am.”

“Well come to bed then,” Noni offered her hand.

Billy took it and stood, allowing Noni to lead him into his bedroom.

He sat on his bed and watched as Noni slowly undressed herself, she looked so frail and small.

They lay side by side, holding each other, allowing the feeling of being satiated to lull them to sleep.

When Billy awoke a couple of hours later, Noni had left, he got up to check the ensuite, the kitchen, there was no sign of her, almost as if the night before was a dream that had not occurred. 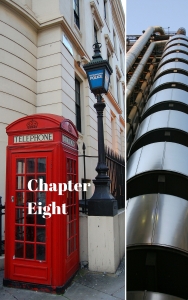