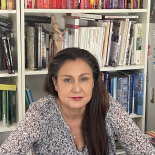 Writer of stories about diversity.

When Ellie got into work at 8:30am it was fever pitch.  Gregory James wasn’t due to arrive at his first author talk until 10:30am at the Waterpepples at Piccadilly.  Ellie was going to catch a cab there and hope that the peak hour traffic had subsided.  There were five author talks for Monday, the same for Tuesday, four for Wednesday with a private college thrown in and four for Thursday.  Friday was back to back meetings with editors at Pelican Publishing, it was going to be a very busy week with 12 hour days and no breaks but if everything goes to plan it would be a testament to Ellie’s skill and commitment, especially considering she had the circumstances of Kate’s stabbing the week before.

Ellie breathed out slowly, trying to calm herself as she walked to her cubicle, not thinking about the week ahead and the possibilities of error or unforeseen circumstances cropping up between now and 5pm Friday evening.

Ellie had heard that Gregory James, whilst a popular author was also a ‘typical’ author in many ways.  Poor social skills, preferring to withdraw to his own world where he had complete control over events and when things weren’t going his way he would become quite negative and dismissive of others.  Her job, apart from the organisation of the week, was to smooth over his rough spots so his readers loved him as much as his books.

“Ellie, there’s been a message from Waterpepples about Gregory James’ talk this morning and the independent book company, Hamlet’s need you to call about tomorrow.” Ellie’s PA called to her as she passed her desk, “I’ve emailed you the details,” she added as Ellie disappeared behind her desk.

Ellie took another deep breath, here goes, and she opens her email and begins to answer or delete before making necessary phone calls.

Waterpepples were well prepared for Gregory James’ visit.  Posters of his book were plastered everywhere and there were multiple copies of his book scattered around the room prepared for Gregory’s talk.  A large number of people milled around the presentation room waiting for Gregory to arrive, ranging in age from 25 to 60 or beyond, each person had a copy of his latest book, hoping he would sign it for them before he left.

Gregory began by reading the chapter that lead the reader to believe that the protagonist was a weak and helpless victim, however, despite portraying her in this way throughout the story he made her into the heroine at the end, the hidden twist revealed only a few pages from the end of the book.

Ellie’s phone began to buzz in her pocket, she pulled it out and looked at the screen, it was an unknown number.  Ellie sighed, and decided to answer it outside the presentation room.

“Hi, D.I. Thompson, I hope I’m not disturbing you,” he questioned, “I have a couple of questions, and Emma said you maybe able to answer them.”

“I’m at an author talk so I only have a few minutes,” Ellie explained.

“Well, yes, I met her a few weeks ago,” Ellie began, then realised it had only been a week ago, “she began work at Pelican Publishing a couple of weeks ago and I had coffee with her last week.”

“So you both work at the same publishing company?”

“Yes, but I have only really known her since last Monday.  I mean, we both went to the same secondary school, she remembers me but I don’t remember her. What is the problem?” Ellie was getting impatient, she had one eye on Gregory reading to the audience knowing he was coming to the end of the chapter he had intended to read, she needed to be there in case there were any questions that he needed help answering.

“So, you never knew her at school?” he continued.

“No, not really.  I think I remember seeing her there but, no, I never spent time with her or anything.”

“Well her name has appeared in our investigations.  Apparently she worked at the same magazine that Kate was having her picture shoot at last week.  There are reports that she was very dismissive of her, rude even.  Does that sound like something Kate would do?’

“Ah, yeah, maybe.  Sometimes, if she doesn’t get enough sleep the night before she might be irritable and if you’re not important to her then you will cop a mouthful.  Also if you’re trying to tell her what to do, she doesn’t like to be told what to do.  I think she’s got that thing that kids get, you know oppositional something or other.” Ellie didn’t know if she had given him too much information again.

“So did she tell you about how Kate belittled her during her shoot a few weeks ago?”

“Ah, no,” Ellie stumbled, she never knew that Noni had been in touch with Kate, she tried to recall the events of the first meeting at the cafe.  She was sure she had said that Kate had been hospitalised, and then she recalled that Noni had asked Ellie to say hi to her!

“Sorry I have to go,” Ellie explained to D.I. Thompson, “Can I call you back later today?”

“Yes, please do, we will probably speak to Noni in the meantime,” D.I. Thompson added before Ellie hung up.

“Yes, she was a hapless victim but she managed to pull it together to become the heroine,” Gregory James’ said, defending his main character, his anxiety coming through in his voice.

“Yes, it is an amazing feature of the book that a character can go through such a metamorphosis,” Ellie tried to smooth the situation as the audiences mood became obviously adverse.

Gregory began to explain how he was able to take the character and change her from victim to hero, and the audience responded, with questions about his writing style and other effects he had chossen.

Thirty minutes later they were back in the chauffeur driven car Pelican had provided for Gregory, heading to the next author talk.

Ellie began to mull over the information that D.I. Thompson had given to Ellie, she was going to need to catch up with Noni when she was back in the office, whenever that might be.

Ellie looked at him, ready to discuss the talk, however, he wasn’t really interested in feedback from Ellie as he began to read messages on his phone.

Ellie sighed and looked at her watch, 30 minutes until the next author talk then lunch with the editors from Pelican followed by another author talk and then a meeting with the publishers.

It would be after 5pm before Ellie had a chance to catch up with Noni.  Perhaps she should message her and arrange a time to catch up.

“Look, I’ve already had some likes on my blog for the new book!” Gregory commented, still head in his phone.

Ellie half smiled and tried to sound enthusiastic, “That’s great Gregory, I told you it would be warmly welcomed!”

“Ok, so we’re all agreed, the new book Gregory is writing will be released in six months so we need to keep the momentum going on this one, so the next release will just follow on?” Morgan said to all who were gathered around the meeting table.

Ellie nodded absently, she took a sneaky look at her watch, 5:30pm, she wan’t going to speak to Noni today, possibly the D.I. would have contacted her by now.

“Sorry, Ellie, are we keeping you from something?” Morgan asked, sarcastically

“Ah, no. It’s been a long day, but very successful.” Ellie began, she had better rescue the situation, “both the author talks went exceptionally well, with positive feedback both at the talks and online, almost instantaneously and the editors are very happy with the sound of Gregory’s new book.” Ellie, smiled weakly at the faces seated around the meeting table. 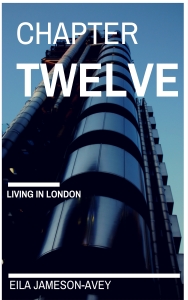 This entry was posted on July 28, 2015 by Eila Jameson-Avey in Read the next chapter and tagged Chapter Twelve, Ellie, friendships, Gregory James, Kate, london. 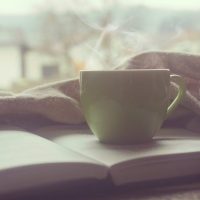 Everyday With The Emery's

Tales from an overly curious and wildy unusual human being

David Milberg is a New York based investor and entrepreneur. His blog covers all things entrepreneurial and finance.

Sharing my learnings of being a mother