“How are you doing love?” a woman’s voice asked Ellie.

Ellie opened her eyes to see a middle aged nurse smiling down at her and remembered she was in hospital.

“I’m Susan,” she said, “you’re due some more painkillers if you need them?”

Ellie touched her face, recalling what had happened.

She shook her head, “Um, I think I’m okay at the moment.”

“Alright dear, you can just buzz if it gets too much for you.”  The nurse pushed a tray across to Ellie, “look darling here’s some food for you.  You need to keep your strength up, especially as you have two very handsome men asking after you.”  The nurse winked.

“Yes, well that lovely Dr Mike, we all love him.  And that lovely, polite young man in the expensive suit.” The nurse replied.

“No, light brown hair and a Cockney accent.”

Ellie began to pay attention, “Oh, would you be able to describe him to me?”

Ellie’s eyes became saucers.  “Are you sure?”

The nurse nodded, “definitely, very handsome and well spoken even for a cockney.” She chuckled as she left, “don’t forget just buzz me if you need any painkillers, no point in being a martyr.”

Ellie felt a chill spread up from her stomach and goosebumps form on her forearms.

Who was asking after her? It wasn’t Rhys, he had died over 5 months ago.  Who did she know that was a cockney with light brown hair?

Ellie racked her brain and watched the doorway, in case some stranger came in.  What was she going to do. Get up and run?

Ellie began to wish Mike was there.  She grabbed her phone, checking the time, 2pm.  Where was he?

Ellie dialled his number, it went straight to voicemail.  “Hey Mike, it’s Ellie can you call me back asap.” She said urgently.

Mike was on the bus heading back to the Royal Hospital when PI Brown called, “Hey, I hope you don’t mind I called you instead of Ellie.  I might wait to hear from her before I call.” He began.

“I’ve checked on the calendar for council clean ups and there were none scheduled for that area this week, so I called the refuse department.  They confirmed that they haven’t been out to Gloucester Crescent this week.”

Mike was quiet, considering what Jo had just told him, finally he said, “so either Ellie staged it and then cleaned up after herself or she’s right and someone’s covering their tracks.”

“That’s what it looks like.” Jo responded.  “Look I get to meet a lot of neurotics and nut jobs in this business, she doesn’t strike me as one of those.”

Mike nodded to himself.  “Yeah, I know.  Well I hope you’re right.  I’ll let Ellie know, but probably not today.  We’ll get in touch soon.”

Mike hung up noticing a missed call from Ellie.

“Ok, haven’t had any pain meds yet, trying to tough it out.”

“Look I was just talking to the nurse, Susan, she said some guy named Rhys was asking after me.”

“Rhys?  Isn’t that your mate’s name? The one who died last December?” Mike asked.

“Yes.  The description didn’t sound like him, Rhys had blond hair and this guy has light brown and Rhys usually got around in jeans and t-shirt, being an artist but this guy was wearing an expensive suit.”

“Oh, it was definitely someone for you?  It’s not uncommon to get distant relatives asking after patients they haven’t seen since they were ten.” Mike suggested.

“No, Susan said he spoke as if he knew me.  I’m really worried now.  Some guy is stalking me, probably the same guy who mugged me.”

“No.  Witnesses said it was two hooded youths.”

“Oh, why?” Ellie asked her fears pushed aside by curiosity.

“Well, I went out to the park today, there were no signs of cigarette ends nor footprints.  In fact the dirt around there had been raked.  I took some photos as well, I’ve sent them to him to look at.

“Oh, so someone is covering up?”

Yeah well Jo, the PI was curious as to why the area had been cleared away.  He just called to say the council haven’t been out this week to clean up along Gloucester Crescent.  Look I’m coming in, I’ll pop in and see you before I start my shift.”

“Yeah that would be great, would really like to see you.” Ellie said her unease returning.

“Oh good, you’re together.” The nurse named Susan, said, holding a clipboard with papers attached, “I was hoping to catch you both.”

Mike was sitting on the edge of Ellie’s bed, checking her bandages.

They both turned to the beaming nurse.

She walked around the bed so she faced both of them.

“The results have come back.” She continued.

Both Mike and Ellie sat waiting for Susan to finish.

Susan looked at Ellie, “and you’re pregnant.” She smiled at Ellie.

Mike shifted on the bed, he turned to look at Ellie.

“Okay, well, I’ll leave you alone then.” Susan said, sensing from the silence it was unexpected news.

“When was your last period?” Mike asked when Susan had left the ward.

“Uh,” Ellie picked up her handbag and rifled around inside.  She produced a sheet of contraceptive pills.

“Almost a month ago.” She said handing them to Mike.

He looked at them, running his fingers over the burst foil blisters.

“You haven’t missed one then?” he said, almost to himself.

Ellie shook her head, slowly becoming aware of the implication of the news and what Mike was asking her.

“Yes, I had my last period the week before the dinner.  The dinner at Jonnie’s when we met up.  I was sick that night.” Ellie said, realisation dawning on her face.

He took Ellie’s hand.  “You’re not very far gone.  We’ve got some time to talk about it before you have to make a decision.”

Ellie didn’t know what to feel but she felt annoyed at his comment and then realised what her decision would be, with or without Mike’s approval.

That night Ellie found it difficult to sleep.  The painkillers were not offered to her any longer and the combination of the earlier news and the throbbing pain meant Ellie tossed and turned most of the night.

At 2am Mike came in and climbed into bed beside her.  He spooned her and rested his hand on her stomach.  Ellie closed her eyes, willing herself to sleep, she didn’t want to talk about it with Mike, yet.

The next morning Ellie lay in bed alone, she rolled onto her back and opened her eye as the sound of the breakfast trolley entered her room.

A whiff of cooked breakfast reached her nose and her stomach began to do back flips.  She closed her gritty eyes, and fell into an uneasy slumber dreaming of puppies and kittens. 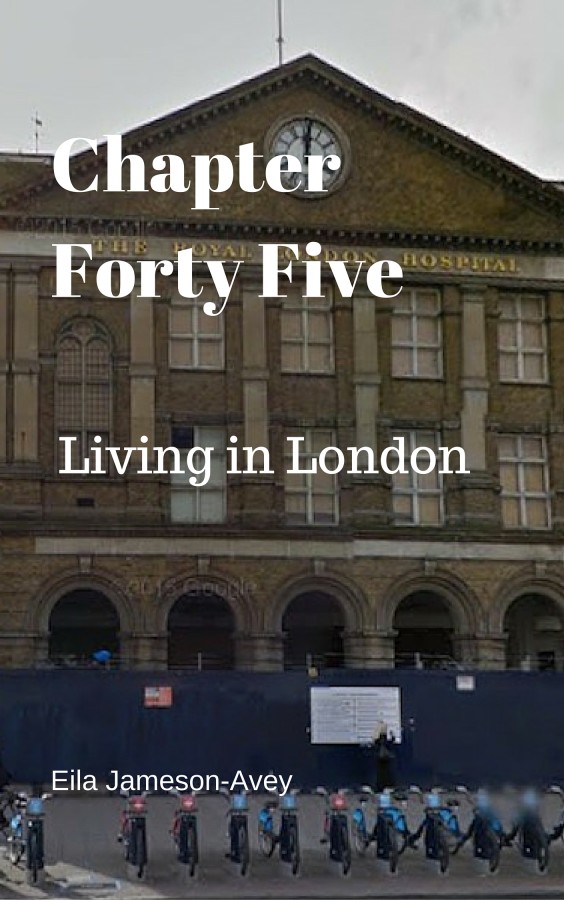